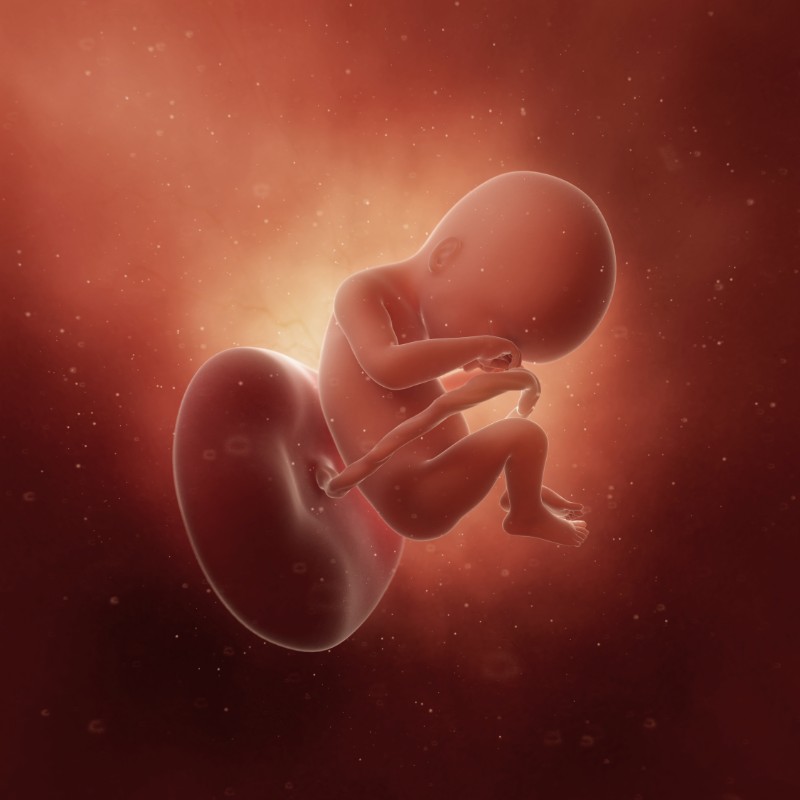 Congratulations, you’ve now been pregnant for four months! In two more weeks, you’ll be halfway to your baby’s birth date.

From now until your baby is born, the placenta will grow in diameter but not in thickness. It will grow to over 150mm in diameter.

Occasionally, the baby will hiccup, causing a rhythmic jarring of your abdomen every two to four seconds or so. While there is no air to intake, hiccupping in the womb involves the same sort of muscular reactions as in an air-breathing child. The hiccupping generally stops in about half an hour.

If your baby is a girl, miniature egg cells now already exist in her ovaries. Baby girls are born with all the eggs they will ever have in their ovaries - about 2 million!

The word placenta comes from the Greek for “flat cake”

You’ll gain most of your pregnancy weight in the next three months. Generally, you might expect an average increase of a pound (450g) a week until Month 7. Weight gain will be mostly uneven, though; it’s much more common to gain nothing one week, 2 pounds (900g) the next, 1⁄2 pound (225g) the following week, and so on.

By this time you may have noticed the appearance of a mottled area of pigmentation that extends beyond the existing areola and sometimes covers half of the breast. Called the secondary areola, this pigmentation change in breast tissue is temporary, but it may last for as long as twelve months after the birth.

In addition to breast changes, blotchy areas of pigmentation may appear on your forehead and on the sides of your face. This pigmentation is called the “mask of pregnancy” (chloasma). Because exposure to the sun can darken the area and make it less likely to fade, use a facial sunscreen daily. Any pigmentation changes usually fade within a few months of childbirth.