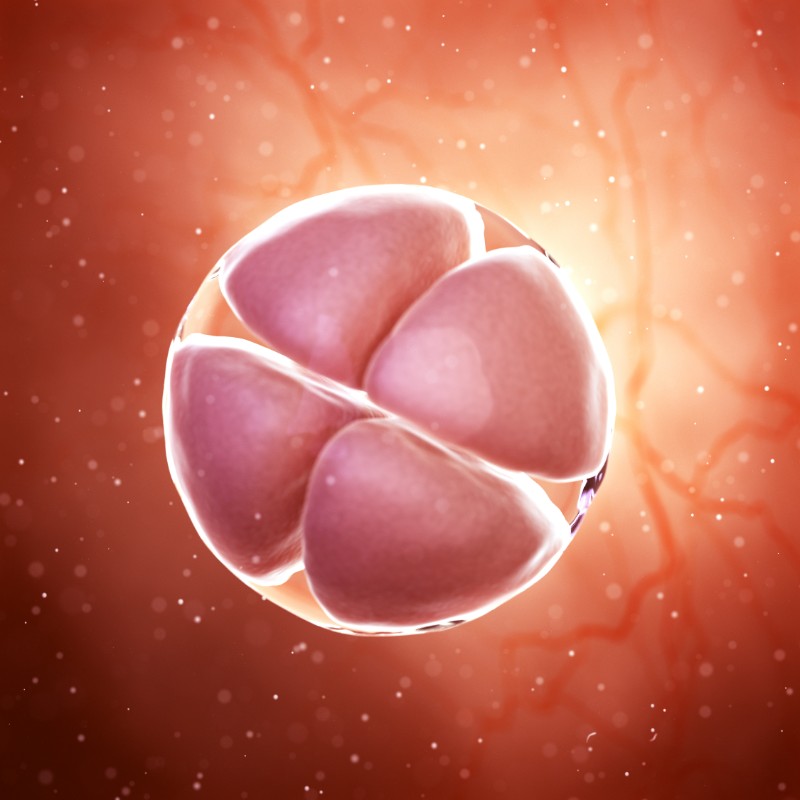 Once an egg has been fertilised, it is now known as a zygote. The zygote starts an epic journey taking three or four days, back down the fallopian tube and into the uterus.  During this journey, the zygote already gets started growing, dividing into 16 identical cells and at this point it’s called the morula.

By the time the morula enters the uterus, it’s grown into a ball packed with cells and has earned itself yet another name change to become the blastocyst. Over the next two days, the blastocyst will attempt to burrow into the lining of the uterus that your body has carefully prepared – this will be the nest for the first stage of your baby’s growth.

Early Pregnancy Factor (EPF), an immuno-suppressant protein, is first manufactured by your body now. Without EPF, your body might mistake the developing baby for a foreign body (like bacteria or a virus) and attack it. With EPF, your baby can continue to develop without risk.

During this time, you might notice some light spotting of blood as the soon-to-be embryo embeds itself into the wall of the uterus and makes itself cozy. This is called implantation bleeding and is completely natural. If you notice anything more than a light spotting of blood, it might be best to see your doctor as heavier bleeding might indicate a problem such as an ectopic pregnancy.

The actual size of the implanted cell ball is 0.1mm, about the size of a pinhead or the full stop at the end of this sentence.

You can read about the most common early symptoms of pregnancy in our handy guide.