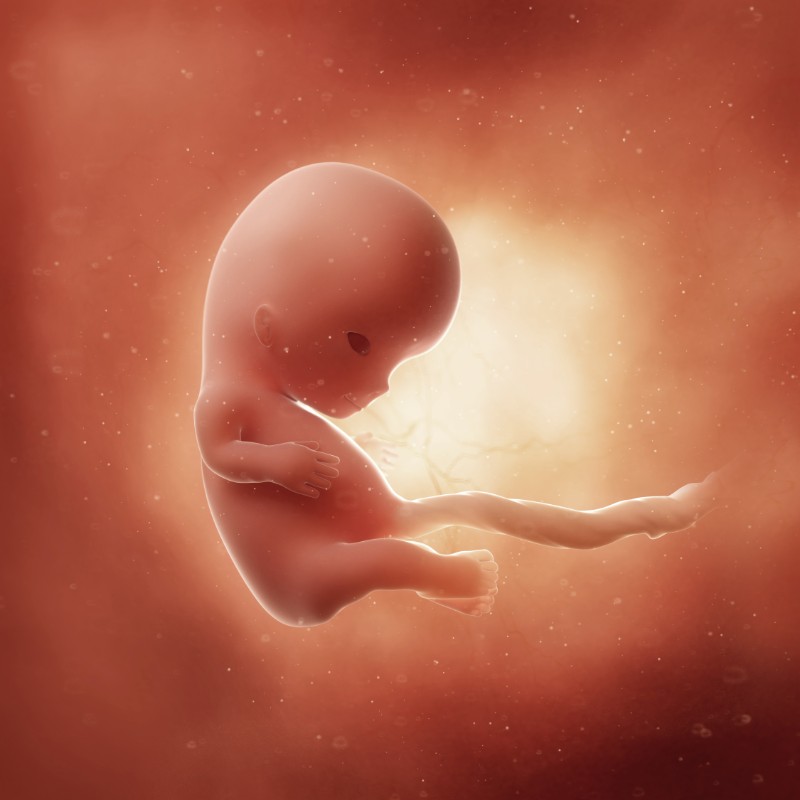 By this time, the critical period for the baby’s heart development has ended. The heart will continue to grow and develop, but not at such a fast pace. The retina of baby’s eyes are now fully pigmented. Your baby’s arms are longer and now bend at the elbow. The baby’s tail is still visible, but stubby, and disappears by the end of this week.

Your baby’s eyelids are more developed now, and the tongue is fully formed. For the first time, the baby’s limbs are capable of purposeful movement.

The head now looks rounded and is disproportionately large, making up almost half of baby’s overall length. The tissue that will become the scalp has appeared as a band near the crown of the head. The neck region is established, but not yet looking like much resembling a neck. The critical period for your baby’s leg development has ended. This means that the legs are now at their proper location and proportional size for this stage in development.

No longer considered an embryo, your baby is now a well-proportioned, small-scale baby.

Right now your uterus is about the size of a medium orange or a tennis ball. It’s amazing that so much change can take place in a baby whose movements you can’t even feel yet. In another two months or so, your baby will be big enough to make its motions felt. Then, in addition to the symptoms of your pregnancy, you’ll have a closer encounter with your growing daughter or son.

Because pregnancy hormones have a tendency to soften connective tissues, you are more likely to put stress on the joints when you exercise, so your movements should be smooth and controlled. Read our advice about exercise during pregnancy for some tips.