My labour and Birth

eamesy88
posted 1 decade 3 years ago
- My blog
Well thought i would update you all on my labour etc, My contractions started at 6am Thursday morning and i ignored these thoughout the day until about 4/5pm got Rich to ring the maternity unit a while later who said to go in when i felt i needed to, so his mum took us up. Arrived about 7/7.15pm and was checked over to be told im already 8cm

they broke my waters for me as they never went with Crystal. Midwife didn't think it would take long, but my body decided differently. My cervix didn't break away as it should of so i had to have an internel to help dislodge it, which failed. Had a student midwife who i hated, and if she got much closer i don't think i would of minded my foot in her face haha. She was doing internel and while having a contraction she didn't stop she just carried on prodding

.
Eventually i was taking down to labour ward where a team of more higher up midwives and staff were involved to help out. Midwife came in and checked me over again and they decided to cathertise me to see if draining my bladder would help, she then checked my cervix which still was blocking the way so they tried to turn the baby a she was back to back, managed to turn her slightly so she came out side ways, although still difficult due to my cervix, this was held out the way as an internal while i pushed her pass finally. She suffered from shoulder dystocia during labour/birth which also made things difficult but we made it.
Weighing in at 8lb 15 at 11.34pm Thursday, she is alot bigger than Crystal was at 7lb 2.
After things calmed i was put on a drip and catherter overnight before being moved back to the ward at 7am Friday and discharged 1.30pm same day. 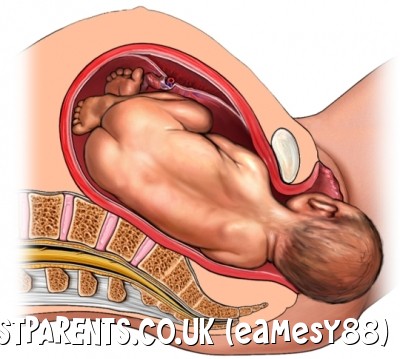 i wonder if they hadn't of broken your water would everything else of happened as it should of ?

i hope the shoulder distocia isn't causing too much pain now - is it all better now ?

im loving the piccys on FB

eamesy88
posted 1 decade 3 years ago
- My blog
Heya, not sure about the waters but i had requested in my birth plan for them to be broken, the shoulder thing seems to be ok. I didn't hear them tell me about it it wasnt til i read the paper work earlier that i saw it so looked it up online. But it doesn't seem to of bothered her so far

Sounded a bit hetic! She's here nice and safe though which is the main thing

eamesy88
posted 1 decade 3 years ago
- My blog
Haha Sam, the pain is worth it tho