Aaralyn's first day of kindie, I cried before we left the house, I cried at the school as soon as one of the teachers said to me "wow, you're doing good mom", right about then I lost it again

Aaralyn was fine, with just a little bit of nervousness when she started seeing all the bigger kids coming in while the kindergartners were waiting in line to go in their classroom. She did say to me at one point after hearing alot of the children's mom's speaking to them in Spanish "but mommy, I don't speak spanish very well" LOL.. I don't told her not to worry that the kids and the teachers would all speak English. She also said to me, "mommy, why are there so many brown kids here?"

even though we had a talk about that last night, I told her we would talk more about that later after school/work.

The staff all seemed really lovely and all the kids were saying hi to all the teachers and principal (head of school) and the teachers new everyone's names from all different ages, I was impressed by that very much!

So my little baby is now officially a school kid! With a back pack almost the size of her to prove it!

Aww bless Tammy, I know i will just the same when Lolly has to go to school.

Although i have a sneaking suspicion that she will love it and just run off into the crowd shouting 'Bye Mum'! lol.

I'm so glad that everything went well though and she seemed to go in fine. It sounds as if the teachers have it all sussed and are great.

I hope Lolly's school will be just as good when she gets to that stage.
As for the back pack, i remember those days well. I love seeing all the little tiny's going to school carrying back packs bigger than than them, they look so cute.

I hope you got some pics of her in her uniform hun? I bet she looked so smart! Xx

Bless her. I hope she has a great day at kindergarten!

its such a milestone isn't it ?

It is a big milestone! I'm so proud of how brave she was, even after she saw me cry, she put her hand on mine and patted it

... I told her they were tears of happiness.

It's just killing me that I can't call anytime and check on her like at the pre-school. She was not feeling well yesterday so I hope she's getting through ok.

It's also going to be her first time in the after school care program which she will be from 2:30pm until about 5:30pm when I get her after work. I hope she does ok with that too! I met the director and the assistant the other day and I really liked them. We walked in unexpected and both were sitting and helping the kids there do their homework.

So, she goes full day today and then doesn't go back until Wednesday but then will be full days monday-friday after that.

I was so proud of Jas when she started school and SOOOO excited to pick her up afterwards I was there about 45 minutes before they let them out!! x

Have a tissue Tammy 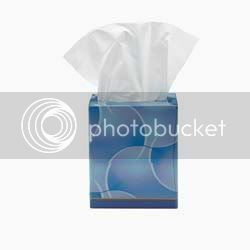 I know how you feel I had to really hold back the tears last week and it isnt easy. I hope Aaralyn has had a good first day

Hope she had a good day Alisa starts pre-school nxt monday at 2 1/2yrs. She even has to wear a uniform which i went and got today it is goin g to be so hard for me as she will be the youngest as all the other children will be3yrs nearly 3 1/2yrs. ( but she is starting early as of what they call special sercamstances her sister passing away they feel it will help)

Alex said:
Have a tissue Tammy

I know how you feel I had to really hold back the tears last week and it isnt easy. I hope Aaralyn has had a good first day

Thanks for the tissues Alex

Well guys, she had a great first day!! Was very happy to see me when I got there to pick her up (along with Mike and Amber) but she wasn't ready to leave the after school care center either... that made me happy

She acted as if it was no day out of the ordinary LOL, just another day at kindergarten! I was so worried about her today and how her day was going, I should have known she'd be totally fine. The director and the assistant at the after school program both commented on shyness

nicely sarcastic because she's sooooooo not shy LOL... of course she had hugs for all the kids there before we left

Aww, Hooray! So glad she had a fantastic day hun. I reckon she had a ball.

It must be a relief for you knowing she enjoyed it. can't imagine how hard it must be for people who's littluns cry and say they don't want to go. How do you make them when they like that? Xx